The Economic Development Department, a division of the Sustainability Team, oversees planning and implementation in a diverse range of areas to ensure the City's economic health. Work activities include management of the City’s two Redevelopment Authorities, planning and execution of capital projects, management of special events, open space, trails, and all real estate and property endeavors. The Economy Department works jointly with the Sustainability Team and the Community Development Department to align the City’s efforts with the general and neighborhood plans, the Council Priorities, and Community Vision.

As part of the Economic Development Team, Jenny oversees Special Events, Filming, Facilities, and the City’s Public Art Program. She works jointly with other departments in various economic development initiatives and projects that serve the community.

Trails and Open Space Department is responsible for the management, maintenance, planning and implementation of projects on City-owned open spaces, which primarily includes public trails, wildfire mitigation and noxious weeds.
The department also manages a centralized database of City-owned property as an external and internal resource. Database resources and management provided by the Department includes but is not limited to; property leases, contract administration, acquisition and disposition information, encumbrances and title related documentation.

I am the owners representative for Park City Capital Projects.  I work with any Park City department that requires construction/project management experience, so that they do not have to contract with  outside consultants.

The most recent Economic Development Strategic Plan for Fiscal Year 2015-16. 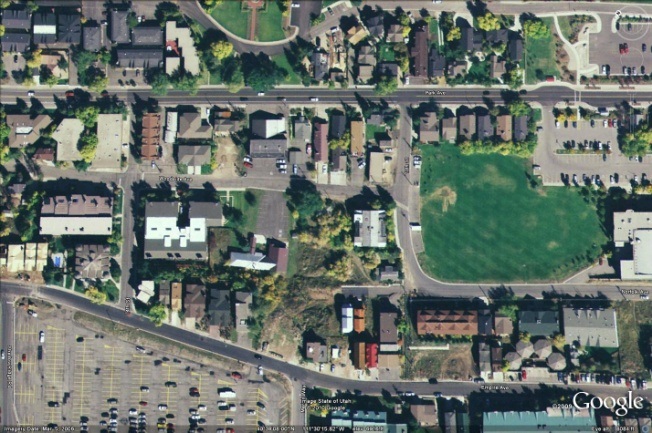 Two key documents are currently being updated for the City’s redevelopment (RDA) efforts on Main Street, Lower Park Avenue and the Bonanza Park areas: RDA Strategic Plans for each neighborhood; and the City’s General Plan (GP). In the process of completing these documents, the City is evaluating its role in the RDA and how best to tie into the GP and Council’s broader community goals. In addition to a series of joint City Council and Planning Commission work session meetings, a number of past and current studies are informing this work. Those studies are summarized here. Each study can be viewed in its entirety by clicking on the appropriate link below:

Capital Projects
Members of the Economic Development Team provide project management and coordination services for all aspects and phases of capital projects originating out of a variety of City departments. Past projects have included: the MARC (tennis and fitness facility), Snow Creek Cottages affordable housing; complete renovation and seismic retrofitting of Historic City Hall; and construction of new facilities such as the Public Safety building and the Ice Arena and Sports Complex. More detail on a sampling of projects can be found below:

Events
Post Olympics the City saw immense opportunities in hosting and facilitating special events. Not only economic opportunity, many of the events hosted are local, grassroots participatory events that build community character and celebrate common themes consistent with Council goals. PCMC Events Staff in conjunction with the Park City Chamber work to populate and manage the Events Calendar. This joint venture works to grow and balance the types of events on the annual Calendar. The work includes mitigating the impact of events on the community while preserving the quality of life for our residents and visitors. Below is a chart that illustrates the number of Events and Event Days from recent years.

Walkable Community and Trails
In November of 2007, the citizens of Park City approved a $15M bond measure for walking and biking improvements. The bond, commonly referred to as the WALC bond, provided the funding source for projects identified through a 2006 walkability study. These project recommendations culminated in adoption of the 2009 Budget, during which City Council approved an implementation plan for the walkability projects . Download the entire study here.

To date several high level projects, including underpasses at major intersections along Bonanza and Comstock Drives, pathways along Comstock Drive and Holiday Ranch Loop Road, a sidewalk along Little Kate Road and traffic calming measures throughout town, have provided the community with a city-wide pedestrian and bike trail system that serves to connect neighborhoods, schools and parks.

In 2009 and 2010 Park City completed a trails inventory and contracted with the Mountain Trails Foundation to increase maintenance services. The City also completed a series of improvements to: trail-heads, including Round Valley Way and the Cove; trail, including signage, bike racks, and mapping; the addition of four new miles commonly referred to as Quinn's Loop in Round Valley; and expansion of groomed winter trails in Round Valley. Residents and visitors can now enjoy over 25 kilometers of free cross country ski and snowshoe trails right in Park City.

Park City's Newest Trail-Armstrong
The Armstrong Recreational Trail is a back-country trail, starting near the base of the Silver Star development, traversing through the recently purchased Armstrong Open Space Parcel (2009) in Thaynes Canyon and finally intersecting with the Mid-Mountain Trail.

The trail opened in the summer of 2011, providing additional access to the Mid-Mountain Trail and Park City Mountain Resort trails. Due to the popularity and increasing number of conflicts between ascending and descending users on the Spiro trail, the Armstrong trail has been designated as an ‘uphill directional’ trail for cyclists. Cyclists may climb but not descend the trail while hikers and equestrians are allowed multi-directional use of the trail. The Spiro Trail remains multi-directional with signs reminding users to yield to uphill traffic and control their speed.

In 2012, several trail connections are planned in accordance with past development agreements and open space purchases. For more information about trails and Walkability projects, please contact Heinrich Deters or call 435-615-5205.

Free viewers are required for some of the attached documents.
They can be downloaded by clicking on the icons below.